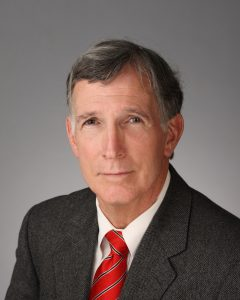 And just like that, the S&P 500 bull is dead. We will miss him. He was the second longest lived bull market in history, running from March 9, 2009 until February 19, 2020, just 19 days short of eleven years. Over that period, the S&P 500 gained 401%; it probably still would be running, if it weren’t for the novel coronavirus. But now that the S&P 500 has dropped more than 20% — the definition of a bear market — we will adapt to the new circumstances.

For many market participants, certainly for those who began investing after March of 2009, a bear market is a new experience. It’s not that they haven’t experienced declines over the last eleven years — there have been six corrections (declines of at least 10%, but less than 20%) since March of 2009 — it’s just that the gut churning free-fall of a true bear market is an experience like few others.

Even for those who have been through them before, the violence of the descent into chaos is a memory that most of us try to forget. From February 19th through March 23rd, the bear devoured about 35% of value from the bull market peak. That’s about average for bear markets since 1929 (-37.3%), but to be fair, there are few of us who believe that the bloodshed is done. The fact that this bear market was precipitated, and will likely be sustained, by one of the Four Horsemen of the Apocalypse makes predictions about duration and damage very tenuous.

We have often said that of fear and greed, fear is the stronger emotion. But while fear is stronger, greed lasts longer. Since 1929, the S&P 500 has seen twenty (now twenty-one) bear markets and twenty-one bull markets. The average bear market has lasted twelve months and lost 37.3%; the average bull market has lasted over two and a half years and gained 136.2%. How long this bear market will last is, of course, anyone’s guess.

The COVID-19 pandemic is an exogenous event, meaning that its origin is from outside the bounds of the subject under consideration, in this case, investments and finance. In the past, exogenous events (e.g. the 9/11 attacks, the assassination of JFK) had an immediate and violent effect on the financial markets; however, following a few days or weeks of distress, markets generally returned to their prior state, with bears or bulls picking up where they left off. This is probably different: the virus is exogenous, but the federal, state, local and international governments’ shutdown of the global economy to combat the virus is endogenous. No one knows how long the virus will take to run its course. Instead of a discrete event, like an assassination, the virus is more like a continuing tragedy. And the government’s containment efforts, effectively a self-imposed recession, will continue, like the virus, for an indeterminate period.

Markets generally precede the economy: bear markets end when enough market participants catch a rumored glimpse of increasing demand in the face of diminished supply, normally three to six months before the rumor is expected to become reality. In the current environment, the uncertainty of rumors, glimpses and expectations combines with the uncertain timing of the forces driving economic contraction. Until the markets have a clearer picture of when these contractionary forces will be withdrawn so that damage to the economy can be assessed, escalating uncertainty will continue. And bears thrive on uncertainty.

But bear markets do end, even in the face of crises and uncertainty: during WWII, the bear market, which began near the end of 1940 as the war worsened in Europe and deepened at the end of 1941 after Pearl Harbor, turned into a bull in the second quarter of 1942 and ran for over four years, through the end of the war. The analogy to war is not trivial: both crises are global in scope, require the sacrifice and full participation of the population, call for massive government expenditure and necessitate a significant reallocation of resources to combat the threat.

The pandemic has already prompted the U.S. Government to pass a $2 trillion stimulus package to mitigate the hardships brought about by social isolation and containment. The Federal Reserve has effectively guaranteed that a shortage of liquidity will not be a cause for further contraction. And private industry has already begun a reallocation of its resources (e.g. auto manufacturers switching from cars to ventilators). In the last days of March, the stock market injected a hint of greed (the Dow up 11% on March 23rd, its best day since 1933) into the seemingly unremitting fear that has dominated the markets since February 19th. The bear market will end, probably later than the most optimistic guesses, but sooner than the most pessimistic doomsday scenarios.

This pandemic may not be as cataclysmic as the Second World War, but the U.S. and the world likely will be altered in its aftermath. Many have commented that the novel coronavirus is the downside of globalization, that the virus would not have spread so quickly and so effectively were it not for the extensive cross-border movement of goods, services and individuals. Some have even argued that the pandemic will be the death of globalization. We disagree with this opinion, but we do think there will be some moderation in the way in which international trade is managed.

SARS-CoV-2 will likely not be the last pandemic. With this in mind, the future will most likely place an even heavier reliance on virtual over physical communications. Borders may be emphasized and enforced more rigorously. But globalization will remain a key engine of economic growth. As part of the reallocation of resources, it was likely more efficient for Apple to concentrate its iPhone assembly in China, but given what we now know, the wiser future path may be to spread the outsourcing of critical components to other shores, including those of the U.S. and China. And given the lessons of the last few months, there likely will be an increased investment by government and industry in healthcare and epidemiological research.

There is every likelihood that we are in a recession. It’s a different kind of recession — a self-imposed one — one that no one saw coming a month ago. The suddenness of its arrival is jaw-dropping: one week, initial jobless claims were at 204,000, the next week they were at 3,283,000. It’s altogether possible that it will end just as quickly as it began, but that depends on the duration of the COVID-19 virus and of the containment efforts that check its spread. If social distancing and sheltering in place were lifted in a matter of weeks not months, a snap-back would be expected. But the longer social isolation lasts, the deeper and more damaging its effect on the economy.

First quarter 2020 earnings for listed corporations won’t be available until April, but it’s no secret that the numbers will show a staggering decline. Most pundits that we read predict even worse numbers for the second quarter. The market is looking beyond the first quarter and second quarters and focusing on the second half of 2020 — the recent intra-week rally of 20.3% in the Dow suggests this — and the market may be right. But without a real sign of peaking infections — the much anticipated “flattening of the curve” — predicting the beginning of a new bull market seems premature. It will come, probably sometime this year, but in the meantime, we recommend fortitude and patience.

This information is intended to assist investors. The information does not constitute investment advice or an offer to invest or to provide management services. It is not our intention to state, indicate, or imply in any manner that current or past results are indicative of future results or expectations. As with all investments, there are associated risks and you could lose money investing.