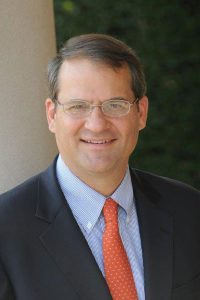 The Argent Trust Asset Allocation and Strategy group met yesterday and discussed the current market environment and the global impact of the spread of the Coronavirus. There is a great deal of information and speculation floating around about the severity of the Coronavirus (COVID-19) and the potential impacts both for global health and the global economy. We believe the best thing we can do is to focus on primary sources of information about the virus. We have included some of that information below.

Global market reaction this week has been significant. Yesterday, the S&P 500 fell over 4% and equity markets around the world were similar. Since recent highs reached last week, the S&P 500 has declined over 12% and futures indicate another down day on Friday. Bond prices have rallied with the 10 Yr. Treasury reaching a record low yield below 1.30%.

It is becoming increasingly likely that there will be significant economic impacts outside of China from efforts to contain the spread of the virus. These containment efforts have already affected global supply chains and cross-border travel. While there has been some apparent improvement in Chinese economic activity as workers return and business re-open there, in other parts of the world, measures are just beginning.

When investing, we know there is always the possibility for unforeseen adverse events. History and experience have taught us that being willing and prepared to tolerate volatility allows investors to better benefit from long term growth and compounding. The best way to prepare for the appearance of an event or period of uncertainty is to develop an investment plan which considers time horizons and risk levels. We know there will always be volatility, we just don’t know when it will occur, what will trigger it, or how long it will last.

As securities valuations have risen over recent years, in some cases faster than underlying earnings growth may have warranted, we have advised investors to be diligent in reviewing their asset allocations and reconfirming their time horizons. Our portfolio managers are already carefully looking at opportunities, which may be created by the selling and market declines while being mindful that there is much yet to be known about the extent and impact of the spread of this virus.

We will continue to monitor the situation and keep our clients and professional partners updated.

What is the Coronavirus?

“Coronaviruses are a large family of viruses that are common in many different species of animals, including camels, cattle, cats, and bats. Rarely, animal coronaviruses can infect people and then spread between people such as with MERS-CoV, SARS-CoV, and now with this new virus (named SARS-CoV-2).” (1)

It is that last sentence, we think, that has frightened the markets with the implication of quarantines and other restrictions similar to what has occurred in China and other places and the economic impacts such measures may cause. We should expect continued volatility as news, good and bad, continues to be digested by markets. As previously stated, we will continue to monitor the situation and keep our clients and professional partners updated.